Micromax In 1b Review

Micromax is coming back to the Indian smartphone market with the In Note 1 and In 1b smartphones. On reviewing the In Note 1, I found that it offered good specifications but was a little rough around the edges when it comes to the software. As I move on to the new Micromax In 1b, the more affordable of the two new models launched by the Indian smartphone company, I have a couple of questions in mind. Has Micromax cut corners to achieve the aggressive price of the In 1b? Will it offer better value than its sibling? Will we see the same story repeat itself? Let"s find out, in my review of the Micromax In 1b.

Micromax In 1b design

The Micromax In 1b looks good but the design reminds me of the Realme C11 (Review), its closest competitor. The In 1b has a 6.52-inch display with a dewdrop notch at the top. The 20:9 display aspect ratio makes this phone tall and narrow. Holding it isn"t a problem but you won"t be able to reach the top of the display very easily.

The power and volume buttons are on the right, and while I found the power button to be well placed, the volume buttons were a bit too high. On the other side, you get a dedicated button to summon the Google Assistant, and a SIM tray. Micromax has gone with a USB Type-C port on the Micromax In 1b, which is at the bottom along with the 3.5mm audio jack and the primary microphone. The top of the smartphone is bare.

I found the design of the back panel to be similar to that of the Realme C11. Almost 75 percent of the back panel has a textured finish while the rest is plain. You get a rear-mounted fingerprint scanner on the In 1b but I found it to be a bit too high for my liking. I missed hitting it most of the time and had to stretch to reach it. There is a dual-camera module that fits almost flush with the rear panel. I had a Purple colour unit of the In 1b, but you can get this phone in Green and Blue as well. The loudspeaker is at the back towards the bottom.

The Micromax In 1b weighs 188g and packs in a big 5,000mAh battery. You get a 10W charger in the box, which is acceptable given the price point.

Micromax In 1b specifications 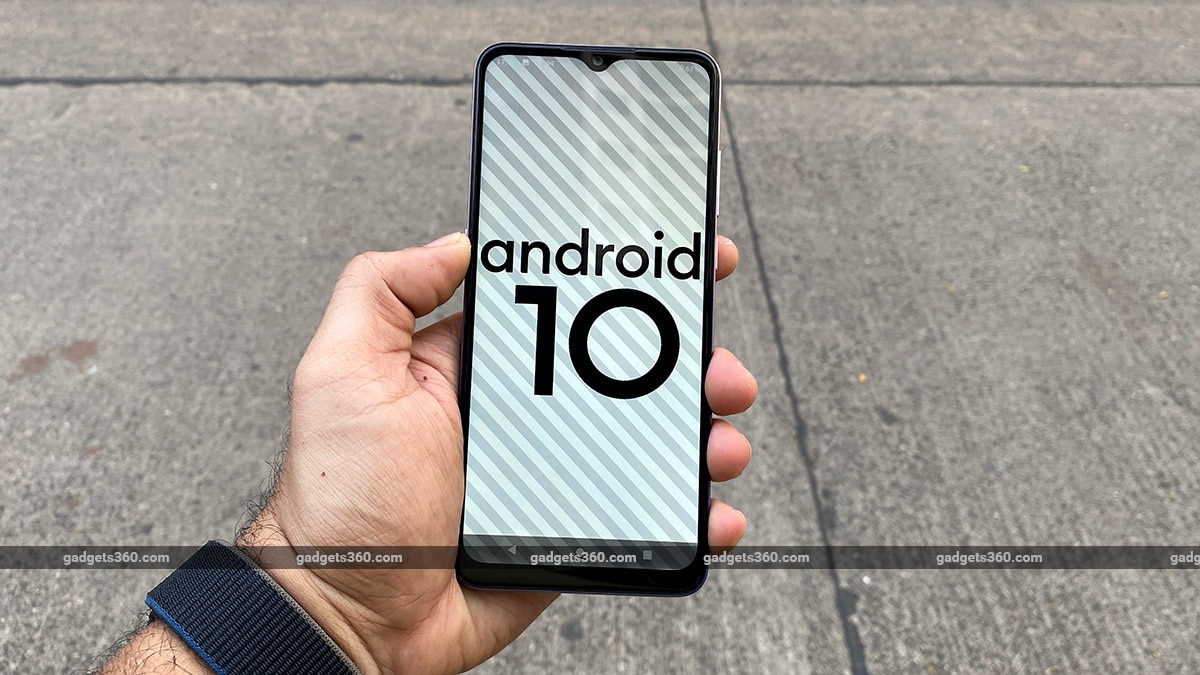 The Micromax In 1b runs stock Android 10 out of the box, just like the In Note 1 (Review). There are no pre-installed bloatware apps, which is a good start. You"ll find the traditional three buttons for navigation but you can switch to swipe-based navigation if you prefer. You can also enable a gesture to pull the notification shade by swiping down on the fingerprint scanner.

Micromax In 1b performance

I wasn"t expecting a lot out of the Micromax In 1b considering the price, but I found no reason to complain during the week I was using it. The performance was decent and I did not have to wait for too long for the phone to load apps. Multitasking wasn"t much of an issue either, and the 4GB RAM version of this phone that I was testing could keep apps in memory without needing to reload them.

The fingerprint scanner is a tad slow, and its positioning makes it hard to unlock the phone in one go. I found the display to be decent for watching video on, but the back-firing speaker can get muffled very easily. 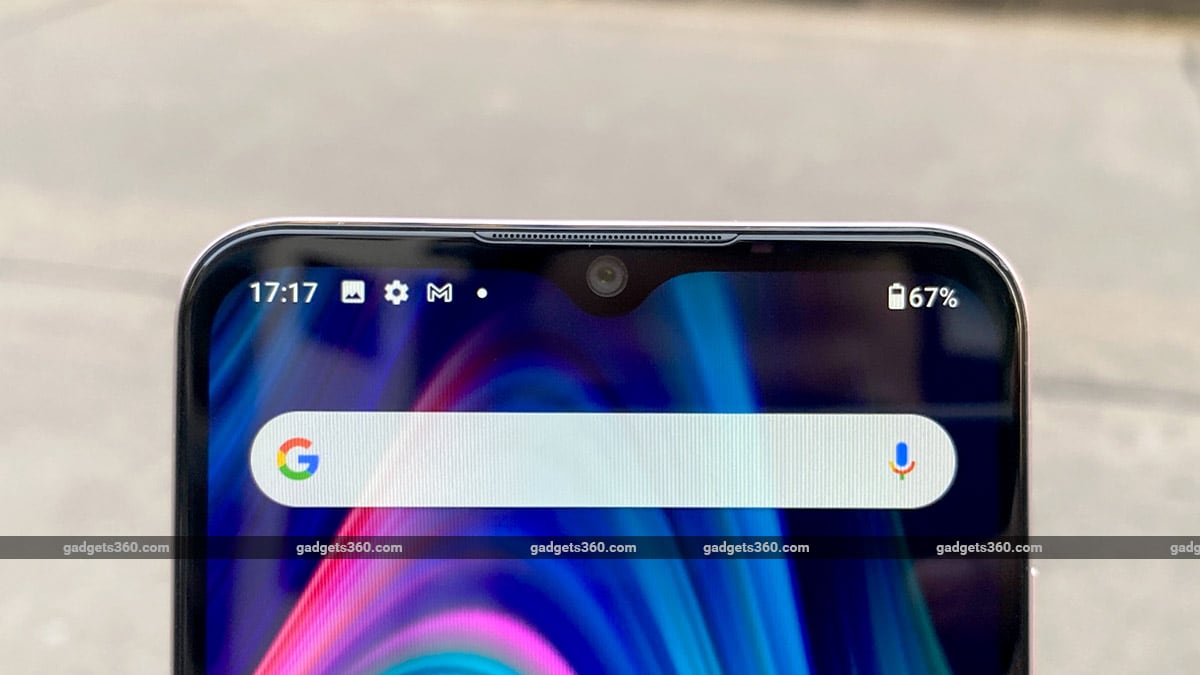 The Micromax In 1b has an 8-megapixel front camera

The Micromax In 1b managed to score 108,534 in AnTuTu and 5,514 in PCMark Work 2.0. It scored 167 points and 945 points in Geekbench 5"s single-core and multi-core tests respectively. In graphics benchmark GFXBench"s T-Rex and Manhattan 3.1 tests, the In 1b could manage 27fps and 13fps respectively.

I played Call Of Duty Mobile on the In 1b, and it took relatively long to load. The game defaulted to Low graphics and Medium frame rate. I found stutters during gameplay, and the device did get warm when under load. After playing the game for 17 minutes, I noticed a 5 percent battery level drop.

You should be able to get about a day and a half worth of casual usage out of the Micromax In 1b. In our HD video loop test, it went on for 14 hours and 41 minutes which is slightly below average. It lasted 10 minutes longer than the Micromax In Note 1. I was expecting it to perform even better considering it has an HD+ display, lower screen brightness, and less powerful SoC. 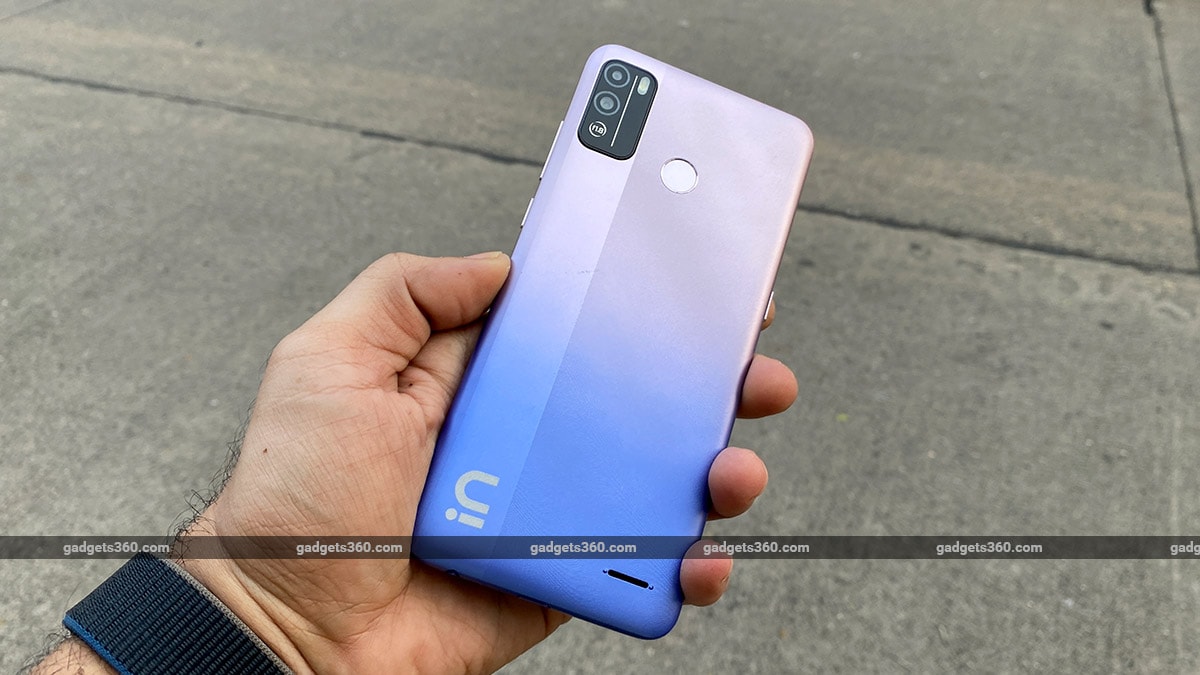 You get a 10W charger in the box which is fine given the price of the smartphone. As a result of the slow charger and the big 5,000mAh battery the charging time is significant. The In 1b got to 22 percent in 30 minutes and 44 percent in an hour.

Micromax In 1b cameras

You get a dual-camera setup on the In 1b; a 13-megapixel primary camera and a 2-megapixel depth sensor. For selfies, you get an 8-megapixel shooter. The camera application is quite basic just like the one on the In Note 1 with a few tweaks. You"ll find quick toggles at the top for HDR as well as AI. The AI isn"t the fastest I"ve experienced, but it does make a slight difference to the output.

Photos taken with the Micromax In 1B were decent in daylight and appeared good at first. Once I magnified the shots, though, I saw that they lack detail. When shooting against the light, you"ll need to enable HDR manually as the phone doesn"t do it automatically. 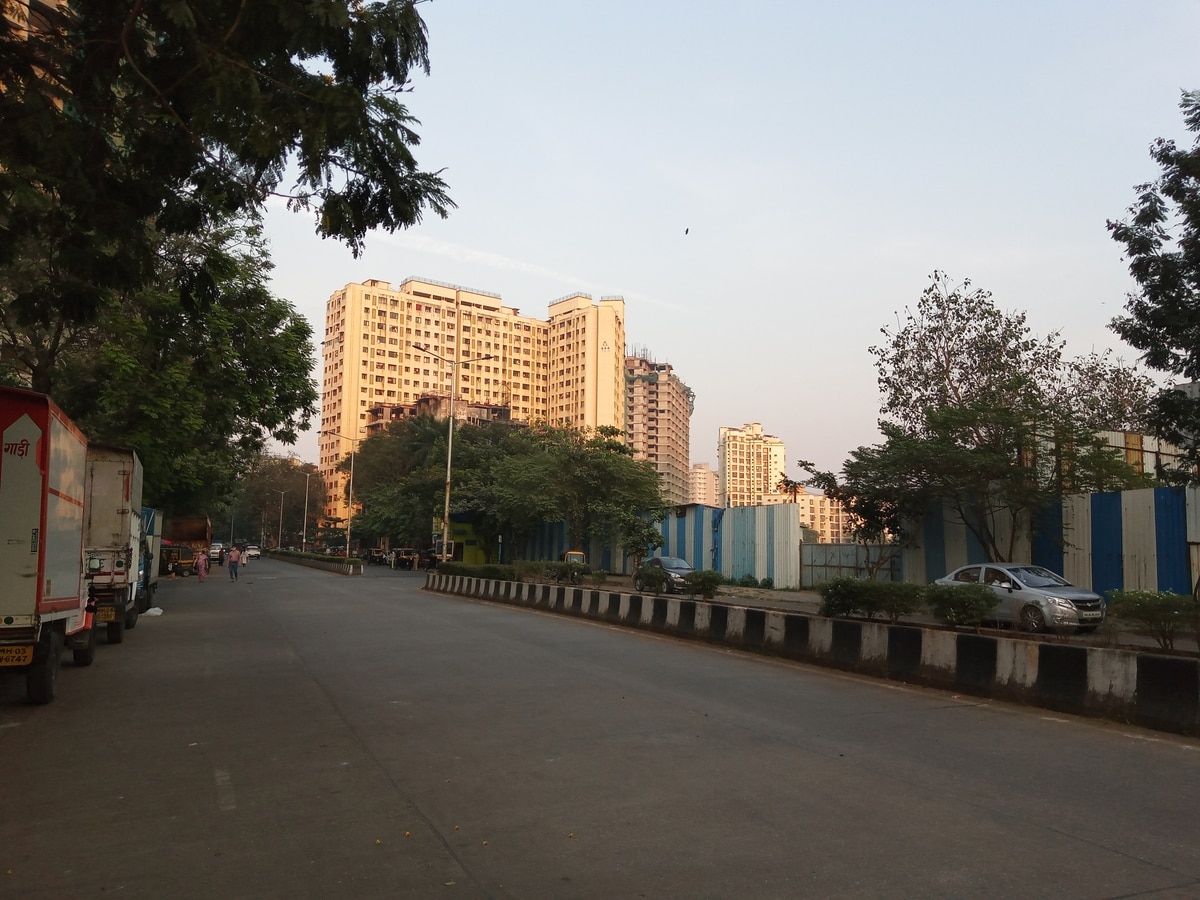 Close-up shots were below average. The phone struggled to focus on subjects quickly. Portrait mode lets you simulate a background blur and set its intensity before taking a shot. These shots had good edge detection. 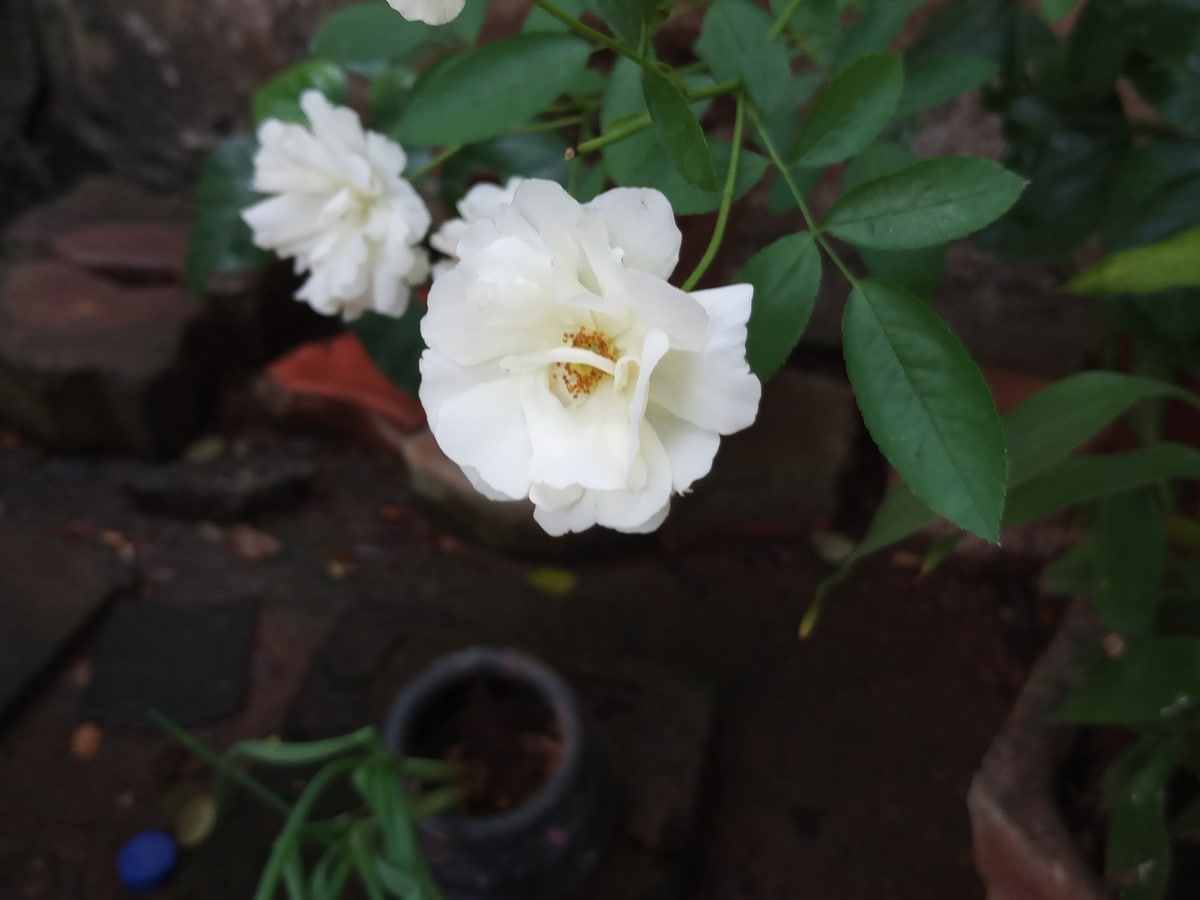 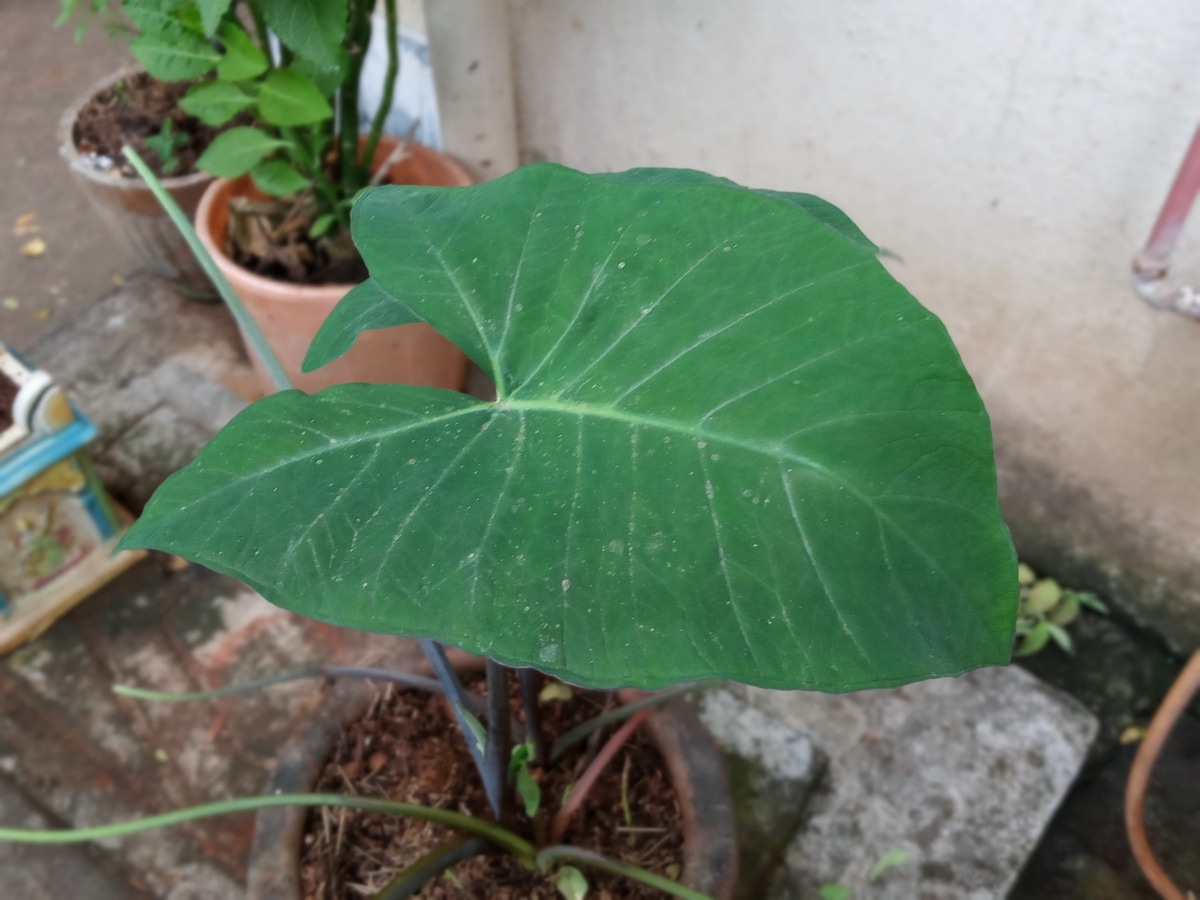 Low-light shots taken with the Micromax In 1b were average. The phone manages to keep noise under control but the output wasn"t sharp. There is a Night mode in which it takes about four seconds to take a shot, and this improved the output to a certain extent. 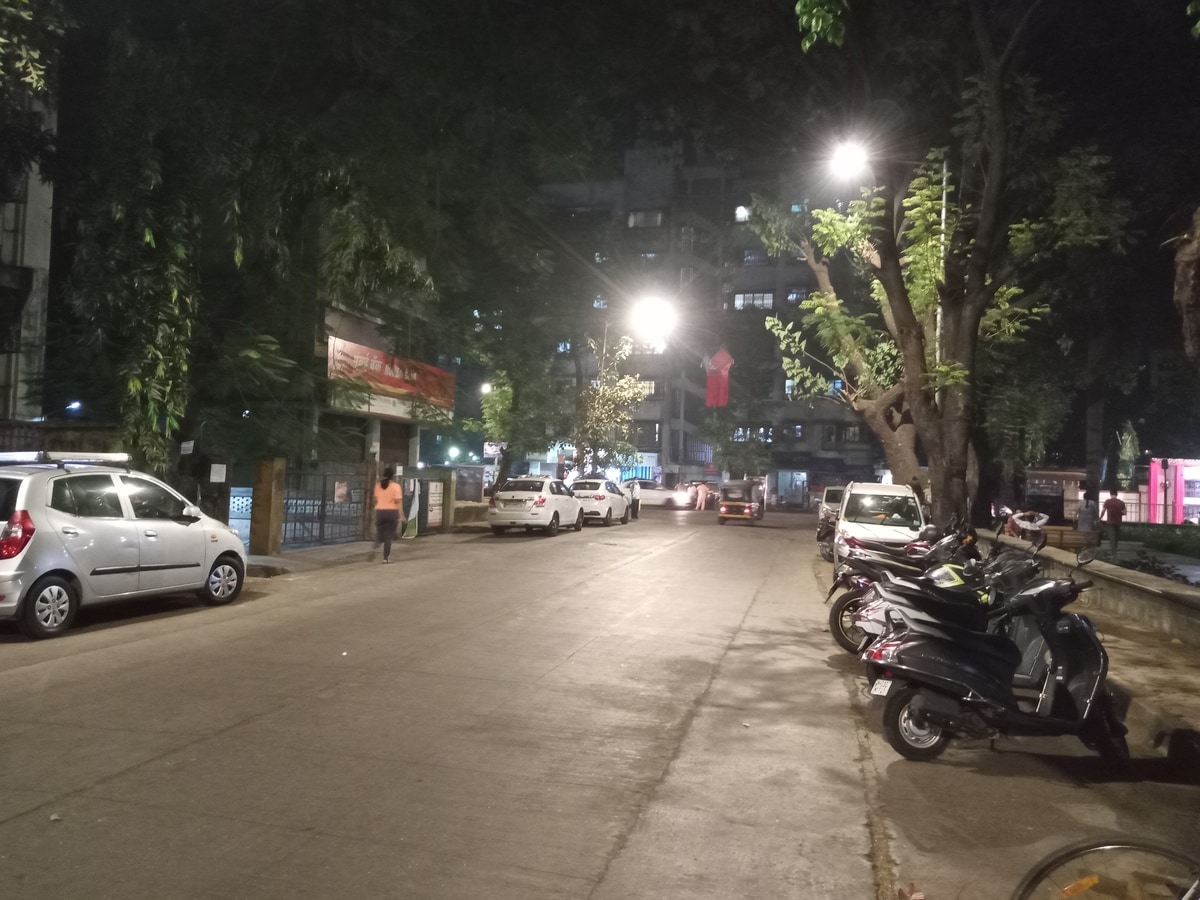 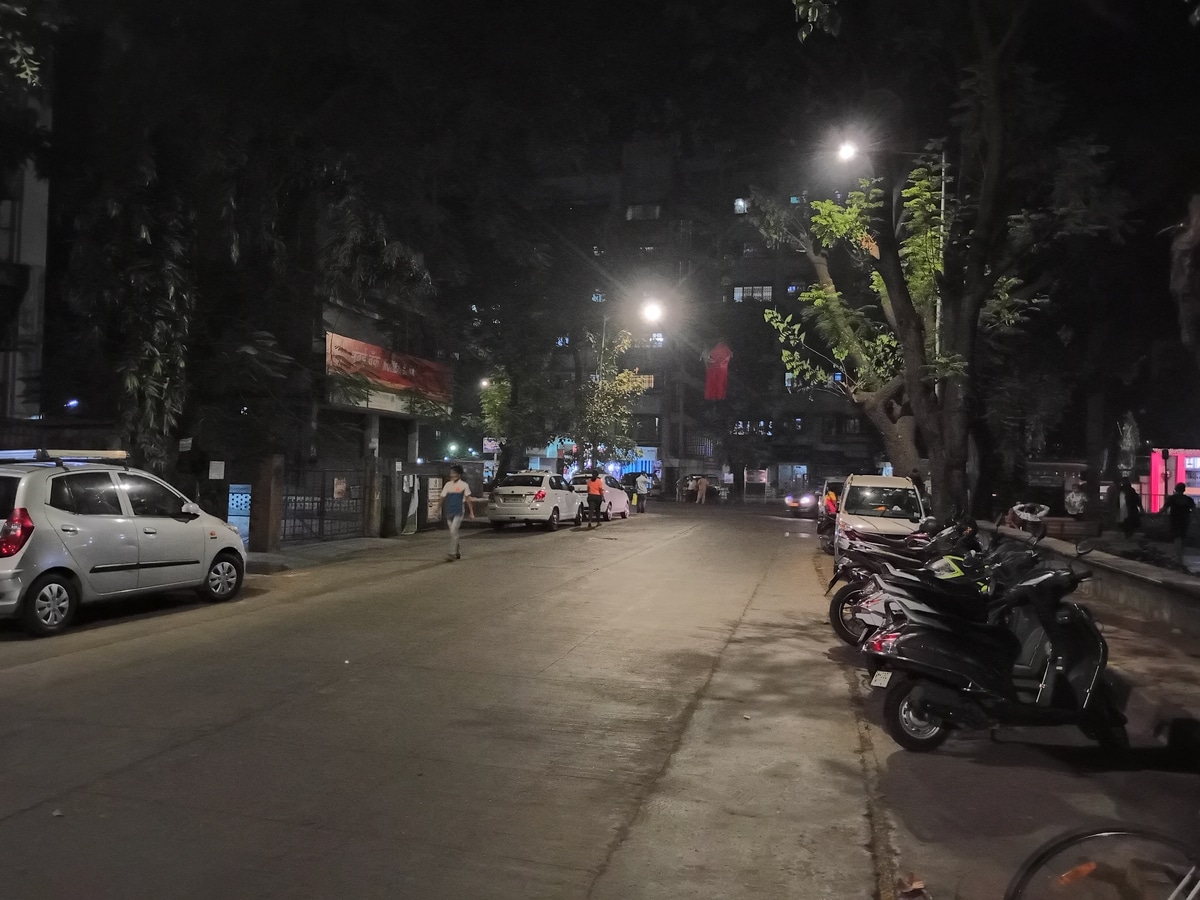 The selfie camera captures decent photos, and you do have the option to take selfie portraits as well. In daylight, the front camera managed good edge detection, but low-light shots weren"t as sharp. 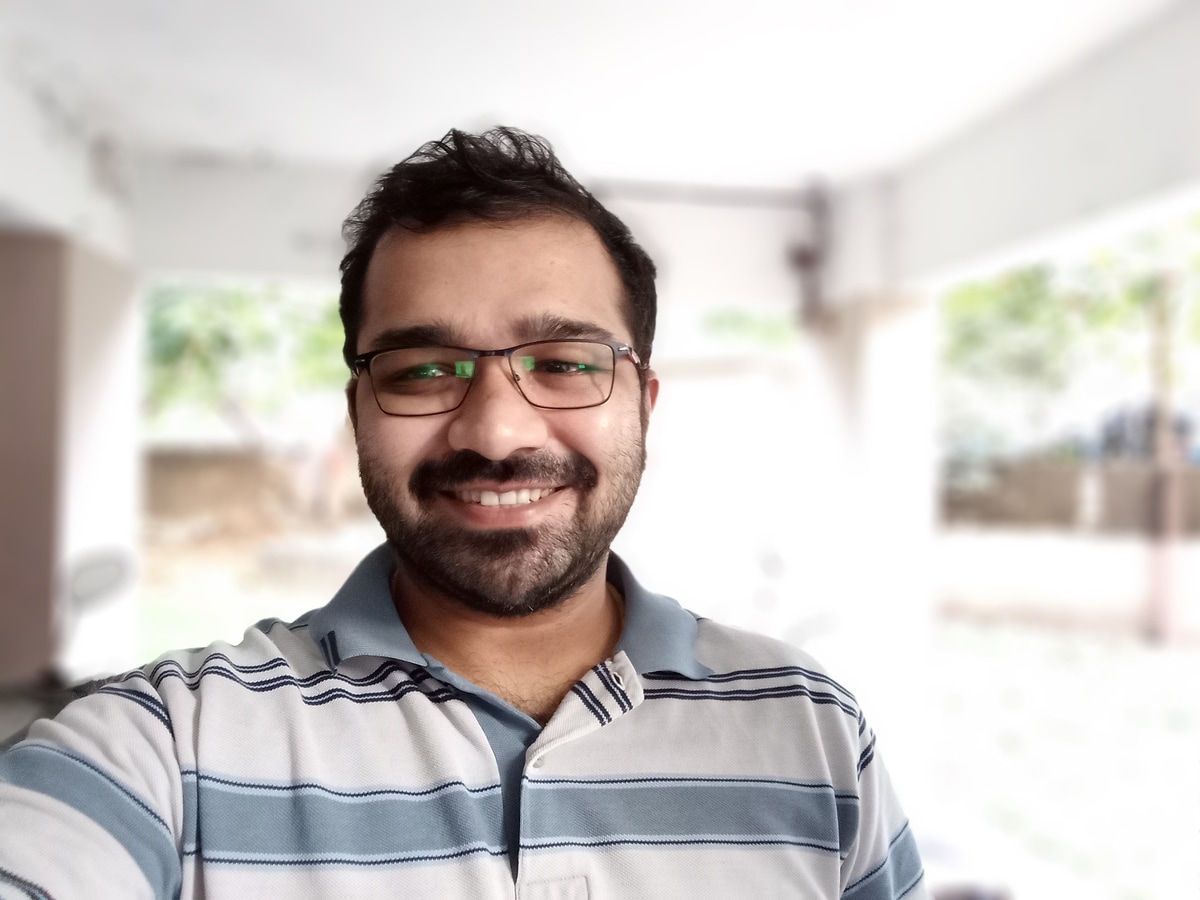 Video recording tops out at 1080p for the primary as well as the selfie camera. There is a toggle for electronic stabilisation, which is enabled by default. Footage shot in daylight as well as low light had a lot of shakes.

The In 1b is the most affordable new offering from Micromax, and packs in decent hardware for the price. Since it isn"t too expensive, my expectations of the In 1b were reasonably low as well, and it largely lived up to that standard. The one thing that annoyed me about the In 1b is the position of its fingerprint scanner. I had to consciously stretch my finger every time to reach it in order to unlock the smartphone.

For a casual user, the Micromax In 1b should suffice, and it is easy to recommend as it offers better value than the Poco C3 (Review). If you are still considering alternatives, you might want to look at our list of the best phones under Rs. 8,000.