Microsoft"s newest version of Windows 10, Windows 10 20H2, appears to have a bug that may damage the file system of the Windows partition and cause blue screens during reboots.  Reports suggest that running ChkDsk on these devices may damage the file system and cause blue screens on the first reboot of the system after the check disk operation completes.

Günter Born provides details on the issue on his blog.

He narrates how one administrator discovered (German forum link) the issue after upgrading systems to Windows 10 20H2 and running the command chkdsk c: /f after the update installation. The command checks drive c: for errors to repair them right away if any are found. 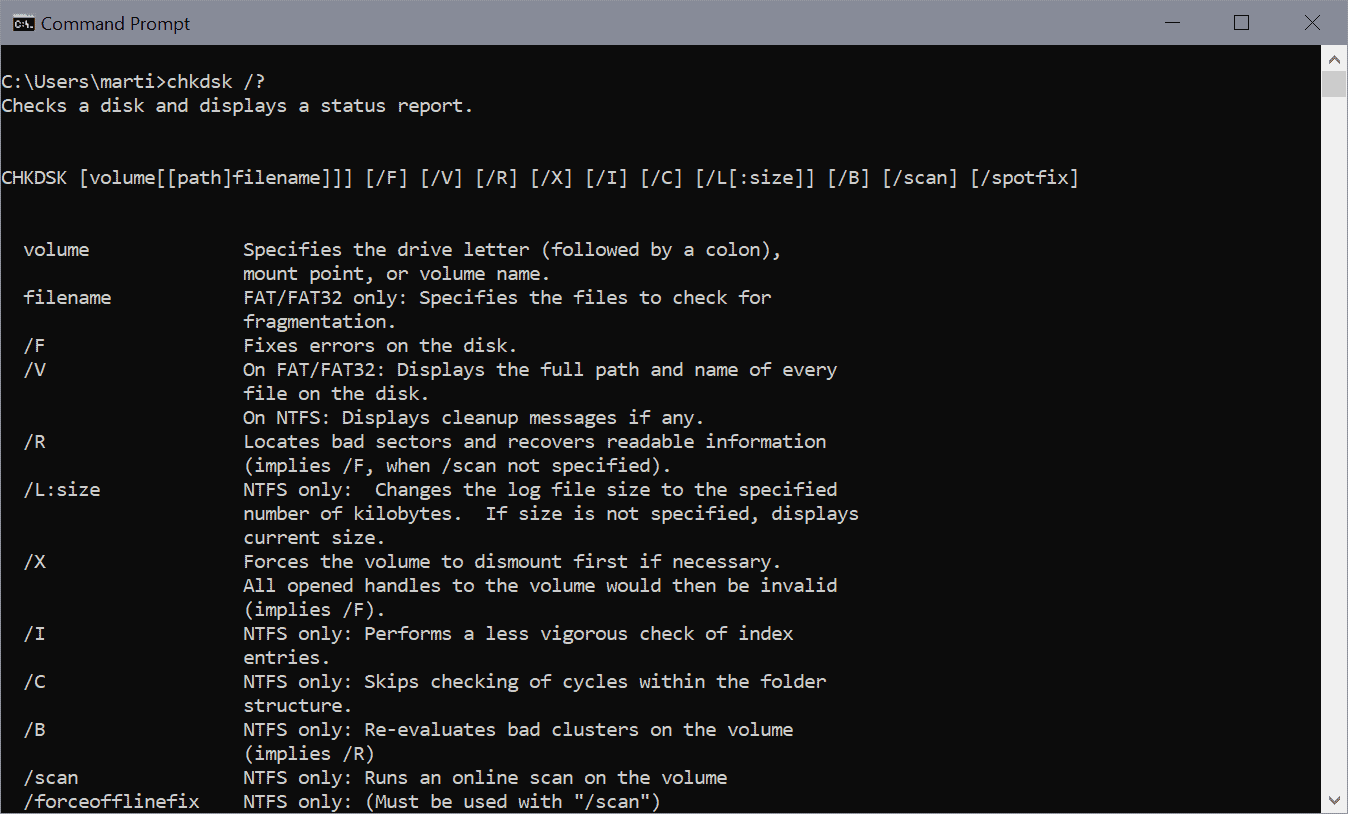 The command would find numerous errors in a file called "9" and an error in the BITMAP attribute of the Master File Table according to the report.

The devices threw the stop error NTFS File System on reboot. Analysis of an active device, with check disk run already, showed that the Windows drive partition was returned as a RAW partition, suggesting that the repairs of the Check Disk tool damaged the NTFS file system.

Other factors are not clear at this point in time. It is unclear if all devices running Windows 10 version 20H2 are affected or if a subset of devices that match certain characteristics are. It has been confirmed that a fresh Windows 10 20H2 installation is not affected.

Administrators should back up the Windows partition prior to running Check Disk on devices running Windows 10 20H2 with the December 2020 update installed.

Microsoft has not confirmed the issue.

Now You: Have you noticed anything of this kind on Windows 10 20H2 systems?