Although older brands such as Nokia and Motorola have been making and selling audio accessories for a while, the past couple of years have seen many more brands get into the personal audio segment. Some such as OnePlus have developed their earphones to work best with their own smartphones, while others such as Xiaomi and Realme have simply capitalised on brand equity to sell headsets in big numbers. Joining them this year is smartphone maker Infinix, although with a slightly different approach for its earphone lineup – a separate brand called Snokor by Infinix.

Among the company"s new launches in the audio segment is the Snokor by Infinix iRocker Stix, a pair of true wireless earphones priced at Rs. 1,499. At this price, this is among the most affordable pairs of true wireless earphones from a well-known brand in India, and this caught my attention. Just how good is this very reasonably priced headset, and is there enough to it to give options from Xiaomi and Realme competition? Find out in our review. 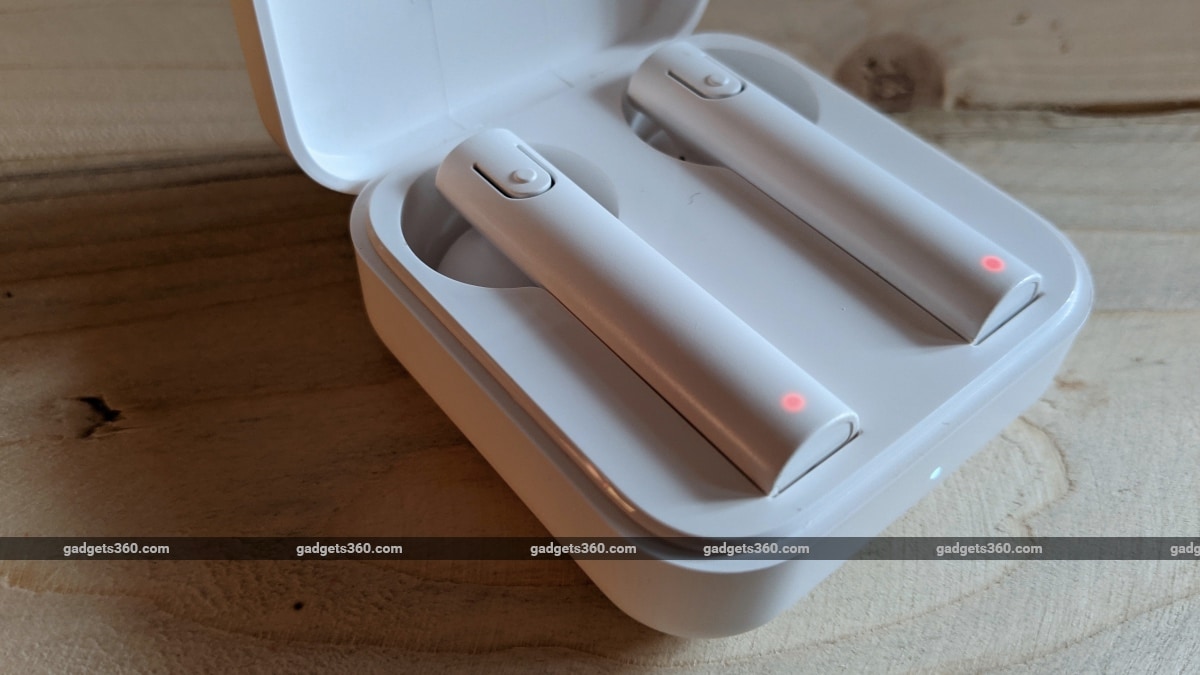 The Snokor iRocker Stix has status indicator lights on each earpiece, as well as on the charging case

The Snokor iRocker Stix is comfortable and very easy to use

While Snokor"s first launch, the iRocker, has an in-canal fit, the newer Stix goes with an outer-ear fit, which many prefer for its comfort and the ability to hear your surroundings. The design is similar to that of the Mi True Wireless Earphones 2, with distinct and large stems, and earbuds that stay securely in your outer ear. Although this design does look a bit odd, I found the earpieces to be very comfortable and secure in my ears. Each one weighs just 4g.

Since the earpieces don"t sit in the ear canals, there isn"t much by way of passive noise isolation, and I was able to hear a fair amount of my surroundings even with the volume set quite high. Each earpiece of the Snokor iRocker Stix has a physical button near the top. The controls are easy enough – a single press will play or pause the music; a double-press will skip to the next track; a triple-press will skip to the previous track; and a long-press will invoke the voice assistant on your phone.

The square charging case is small enough to fit in your pocket, and has a light magnetic latch for the earpieces and the lid. An indicator light at the front tells you if the earphones are charging when placed in the case, and lights at the bottom of each earpiece stem light up for basic status prompts. Interestingly, you get USB Type-C charging for the case, which is impressive given the price of the Snokor iRocker Stix.

For connectivity, the Snokor iRocker Stix uses Bluetooth 5, with support for only the SBC Bluetooth codec. The earphones have 14.2mm dynamic drivers, and either earpiece can be used individually with the other placed in the charging case. Sadly, there"s no official water resistance claim or rating; you"ll have to be careful with the iRocker Stix around water. 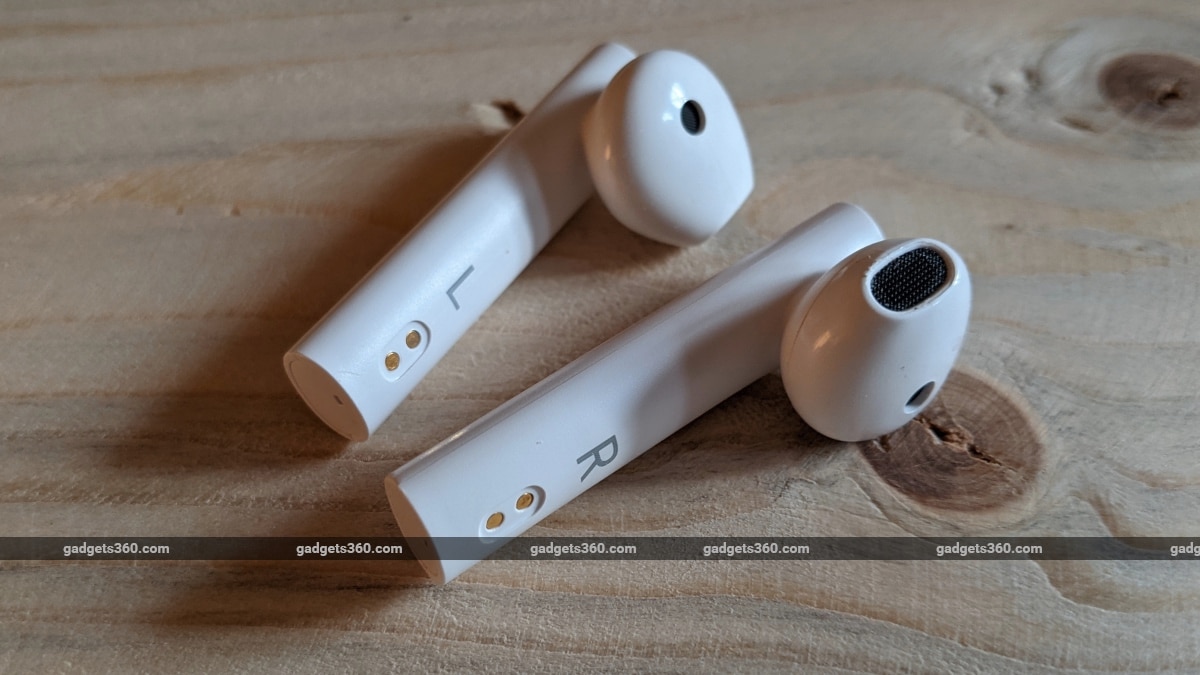 There"s no app for the headset, so you"ll have to rely on the Android system battery indicator for rough estimates of the battery levels of the earpieces, while there is no way to know the battery level of the case except when it"s charged to full. I was able to get around three hours of listening on the earpieces, with the charging case adding another three full charges for a total of 12 hours of battery life per charge cycle.

The Snokor by Infinix iRocker Stix is among the most affordable true wireless headsets I"ve reviewed. However, the sound quality on offer is somewhat better than I expected, coming close to that of the slightly more expensive Redmi Earbuds S. Although not extraordinary, the iRocker Stix sounds entirely adequate for the price.

I wouldn"t go so far as to call the inability to reproduce nuance and detail in music a weakness at this price, but the Snokor iRocker Stix definitely has a very simple approach to the sound. There isn"t much by way of a soundstage, with just basic stereo separation and a narrow feel on offer. The fit does mean that plenty of outside sound gets in, but turning the volume up a bit does let you drown out ambient sound – and these earphones do get quite loud.

The sonic signature of the Snokor iRocker Stix is expectedly V-shaped, with considerably elevated responses in the lows. At very high volumes, I found the bass to be a bit muddy and raw; Childish Gambino"s Feels Like Summer sounded alright in parts, but a bit too rough when the strong bass kicks in. The rumble felt like distortion at times, even though this wasn"t actually the case.

The mid-range sees an expected drop with the highs climbing back up, and the roughness of the lows tends to overpower any definition and detail in the rest of the frequency range. Reducing the volume to around the 60 percent mark made for much cleaner and more pleasant sound, but this also meant that plenty of ambient sound was audible because of the loose outer-ear fit of the Snokor iRocker Stix.

The earphones did an acceptable job with voice calls; I didn"t have any significant trouble in areas with good network reception, but the sound was a bit rough and it was occasionally difficult to understand the person on the other end of the call. Bluetooth connection quality is impressive, with the Snokor iRocker Stix holding a strong connection with no issues at distances of up to 5m from my paired smartphone, with direct line-of-sight, and sometimes even with barriers such as walls in between. 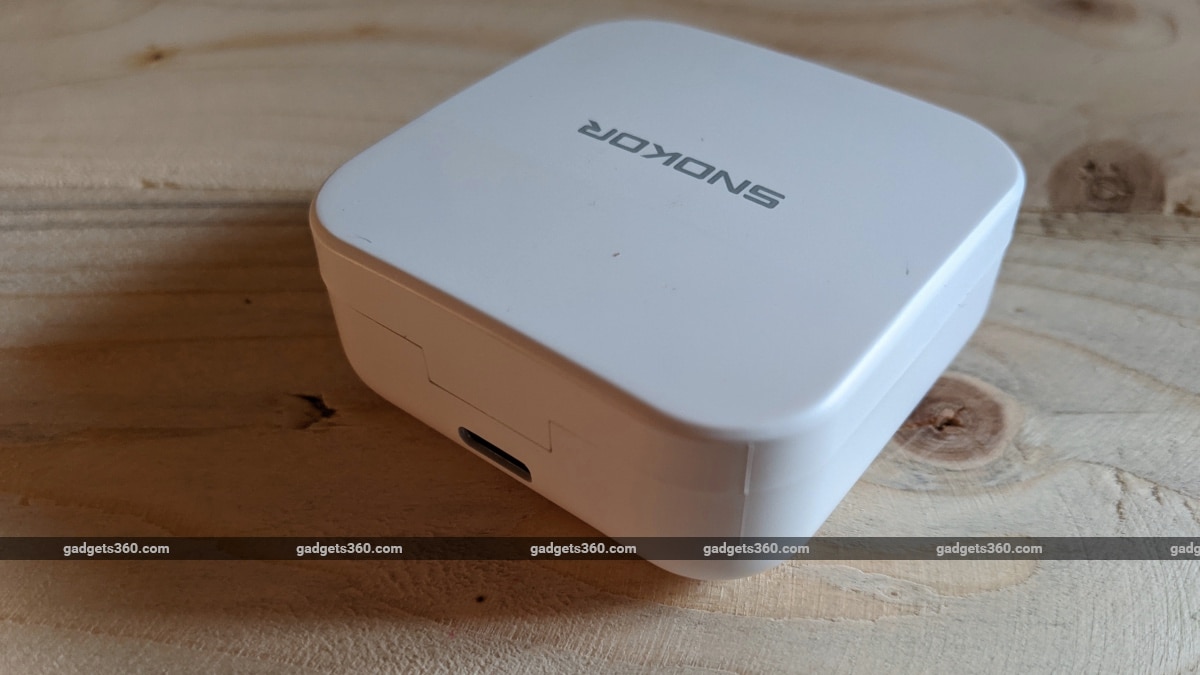 USB Type-C charging on the case is quite impressive, given the Rs. 1,499 price of the Snokor iRocker Stix

Although the Snokor iRocker Stix does fairly well for its price of Rs. 1,499, I wouldn"t call it an instant recommendation unless you have a firm, unwavering budget that caps out at that much. The sound is adequate, comfortable, and capable of getting quite loud, but this headset isn"t ideal because of the roughness in the lows and relative lack of a soundstage. That said, the comfortable fit, stable connectivity, and USB Type-C charging are also favourable points for the iRocker Stix.

If you can stretch your budget even by Rs. 500, options such as the Redmi Earbuds S and Realme Buds Q are noticeably better sounding than the Snokor iRocker Stix, and might be worth considering instead. On the whole, the Snokor iRocker Stix is a decent pair of true wireless earphones for the price, only somewhat let down by sound quality.

Which are the best truly wireless earphones under Rs. 10,000? We discussed this on Orbital, our weekly technology podcast, which you can subscribe to via Apple Podcasts, Google Podcasts, or RSS, download the episode, or just hit the play button below.