The Mandalorian was a breath of fresh air for Star Wars when it premiered late last year. It was everything that The Rise of Skywalker — a much more hyped entry released a month later, billed as the final word in the four-decade-long Skywalker Saga — was too afraid to be. The Mandalorian gave us a lead character who wasn"t Force sensitive and who didn"t even show his face. It didn"t prey on our nostalgia — well, except the part that it"s set in a beloved universe — as it introduced a motley of supporting characters who were all new faces. Rather, it preyed on our shared love for all things cute and small, in giving us Baby Yoda (whom we now know as Grogu). And naturally, it helped that the little green critter was Force sensitive.

The Mandalorian — a rare episodic series in a world full of “X-hour movies” and serialised arcs — made the most of its format in season 2. Episodes took on a range of genres, which brought about varied styles and helped ensure that episodes didn"t feel the same (a stranger walks into town and helps the locals in exchange for something he needs) even though structurally, they are. Episode 1 (“The Marshal”) was a Western, true to The Mandalorian"s roots. Episode 2 (“The Passenger”) was horror. Episode 3 (“The Heiress”) was inspired by pirate movies. Episode 4 (“The Seige”) had a heist feel. And episode 6 (“The Tragedy”) felt like a video game mission. The Mandalorian season 2 can afford to do this because it"s not tied in telling a single story from start to end.

Spoilers ahead for all of The Mandalorian season 2.

But the second season of The Mandalorian — which wrapped up its eight-episode run on Friday — marked a departure from that approach. In contrast to the Star Wars lore-lite that was season 1, The Mandalorian season 2 intertwined itself more with the franchise"s past. There was Bo-Katan Kryze (Katee Sackhoff) in episode 3, Ahsoka Tano (Rosario Dawson) in episode 5, Boba Fett (Temuera Morrison) in episode 6, and the biggest of them all, Luke Skywalker (Mark Hamill) in episode 8. Star Wars veteran Dave Filoni — he"s an executive producer, writer and director on The Mandalorian — plucked the former two from his animated series, Star Wars: The Clone Wars. And the latter two came all the way from the original Star Wars trilogy.

If season 1 was about bringing in new fans to the Star Wars galaxy far, far away, then it seemed like The Mandalorian season 2 was about rewarding older fans. I mean, you can"t go much bigger on the nostalgia chart than Luke.

For newcomers, it meant a bit of homework if they wanted to fully appreciate what was going on. In The Mandalorian season 2 episode 3, Bo-Katan notes that Din Djarin / Mandalorian (Pedro Pascal) is a Child of the Watch, a cult of religious zealots that broke away from Mandalorian society with the goal of re-establishing “the ancient way”. But it never mentions that Bo-Katan was herself once part of the terrorist group Death Watch, whose members rescued Djarin when he was a kid and raised him. Her reaction is then a tad hypocritical.

Ahsoka and Luke are the first Jedis to be featured on The Mandalorian when they appear in season 2 episode 5 and episode 8, respectively, but the latter is never even identified and simply referred to as “a Jedi”, while only the former"s name is spoken once. Ahsoka was Anakin Sywalker"s Jedi Padawan, that"s a big deal. And Luke is, well, Luke. The Mandalorian season 2 assumes that the audience knows who these people are, or that they are willing to engage further with the Star Wars universe once they Google them.

But of course, there"s a much larger purpose to all this. Just like The Mandalorian creator and showrunner Jon Favreau helped Marvel kick off its cinematic universe as director on Iron Man in 2008, he"s now doing the same for Star Wars with The Mandalorian. Disney announced two Mandalorian spin-offs earlier in December and a third in season 2 finale"s post-credits scene. Ahsoka and Fett are getting their own eponymous shows, which makes their appearance in The Mandalorian season 2 now look like a backdoor pilot. And then there"s Rangers of the New Republic. It “will intersect with future stories and culminate into a climactic story event”, which makes me think of Marvel"s The Defenders or the annual Arrowverse crossover events.

A lot of people have tried to emulate the Marvel Cinematic Universe because of its success. And now, Disney itself — it owns both Marvel and Star Wars — is joining that fray, and with help from Favreau and Filoni, hoping to do for Star Wars what Kevin Feige has done so masterly for Marvel.

This is the way

This is naturally going to cause some to worry about too much Star Wars and Disney juicing the IP for all it"s worth. After all, there are several other shows, not to forget Star Wars movies, in the pipeline. But if they can all walk the fine line treaded by The Mandalorian season 2, we can rest easy — although admittedly, that"s much easier said than done, I know. Because beyond fulfilling its commercial duties, The Mandalorian is also telling a revolutionary story. The episode 3 reveal that Djarin is a Child of the Watch is a game-changer, because it says that the protagonist we"ve been following and rooting for is indoctrinated and has been unknowingly propagating zealous beliefs. “This is the way.” He believes there is only one acceptable way to be a Mandalorian. And boy, he"s wrong.

His interaction with Bo-Katan is like sowing a seed, and even though the Mandalorian rejects her facts on the spot, it"s clear that he"s beginning to question everything he has ever known and been brought up with. That"s a tough path to walk on. Imagine being told that the life you"ve led and the values you"ve grown up with are a lie. Star Wars has always been about internal conflict, the push and pull between the light and dark side. Djarin is now going through the same struggle. Bo-Katan, with more Mandalorian legacy in her blood and years than Djarin, has no qualms about taking off her helmet. But the Armorer and the Watch, who raised him, believe otherwise. There are parallels to be drawn here to the burqa, which claims to be about protection but actually tends to be about denying agency.

After the conversation in The Mandalorian season 2 episode 7 with former mercenary Migs Mayfeld (Bill Burr) who questions the tenets of the way of the Mandalore, it"s natural to assume that Djarin"s decision to take off his helmet and show his face to achieve a mission objective means he"s starting to reject those extremist values. And though that likely played a part, it had a lot more to do with something else: Grogu. Djarin has really taken a liking to him, and it"s because of his immense fondness and love for Grogu that he was willing to cross all sorts of lines in season 2. Just as Mayfeld noted earlier in that episode, Mando"s “rules start to change when you get desperate.” In this regard, The Mandalorian is also a tale about parenting.

But that parenting angle will be further removed starting with The Mandalorian season 3, now that Grogu is in the care of Luke. And with that out of the way — hopefully not for good, come back Grogu! — The Mandalorian can deal with the narrative weight of its title. In conversations across the two seasons, the Star Wars series has told us about the sufferings endured by Mandalorians. But it hasn"t really grappled with that dark past. All that could come to a head on The Mandalorian season 3, given what happened in the season 2 finale. Mando not only agreed to reconsider helping Bo-Katan in her cause to retake their home planet of Mandalore, but he"s now in prime position to lead the scattered Mandalorians, having won the darksaber in combat with Gideon. 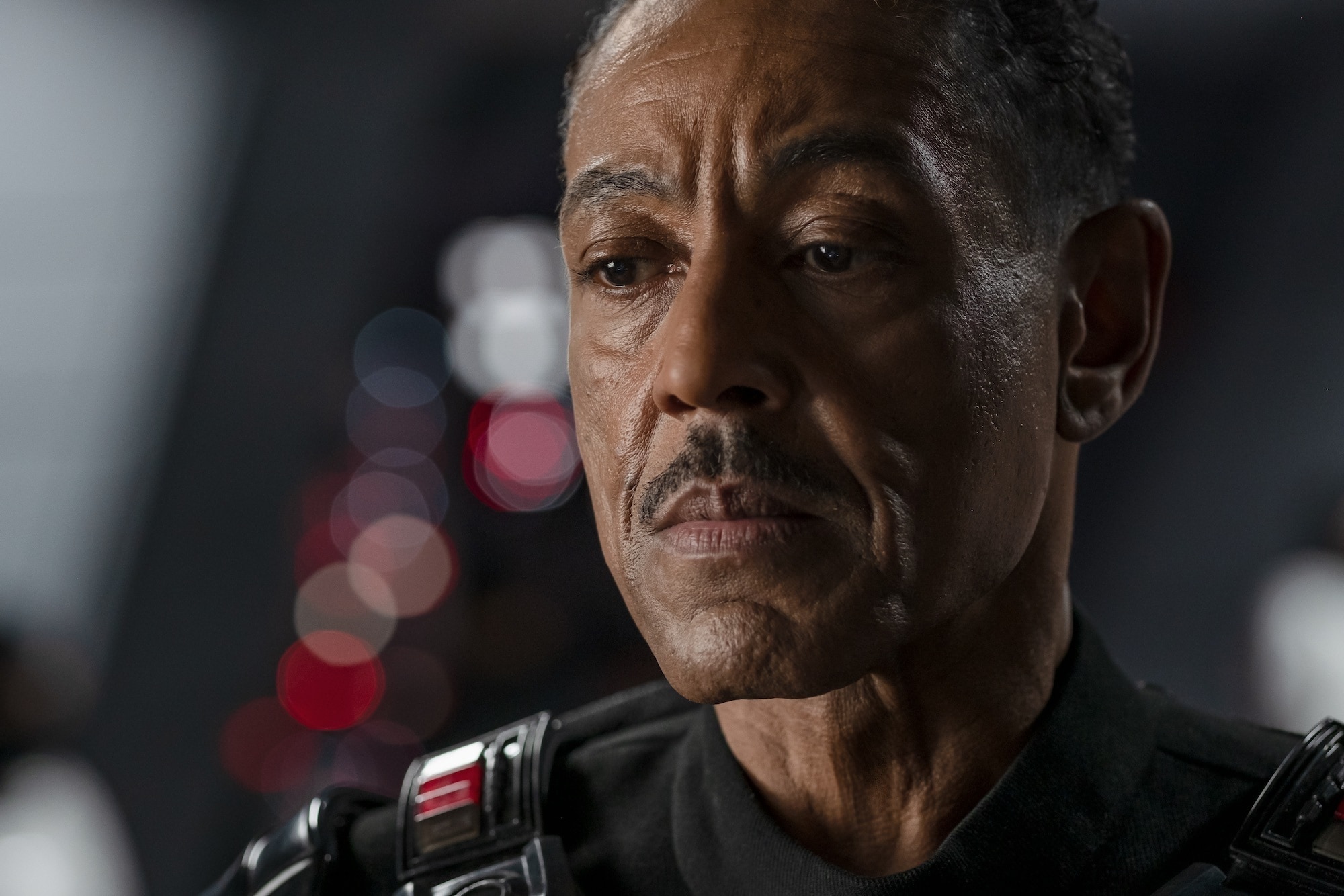 Mando does not have any interest in leading or being a ruler, and he"s more than happy to relinquish that role and the darksaber to Bo-Katan, as we see in The Mandalorian season 2 episode 8. But a warrior culture society like the Mandalorians is not going to accept her if they find out that she"s not the rightful bearer of the darksaber. As Moff Gideon (Giancarlo Esposito) noted in the season 2 finale, it"s not the weapon but the story behind the darksaber that carries the real power. Bo-Katan didn"t win it in combat, Mando did. And that sets up a tricky problem to be navigated for The Mandalorian season 3. The fact that Bo-Katan is the only one who hasn"t gotten her own spin-off show also suggests that she"s going to be larger part of things with season 3.

Given Disney has dated The Book of Boba Fett for December 2021, it"s possible that we may not see The Mandalorian season 3 until 2022. It will arguably be a very different show when it returns, and though it might have been more like Star Wars in season 2, it still showed that Star Wars can be so much more.

The Mandalorian season 2 is streaming on Disney and Disney Hotstar wherever available.